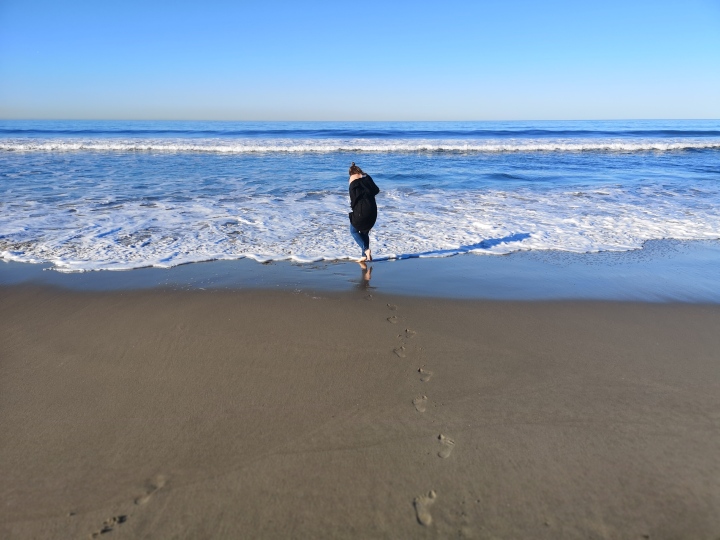 I wasn’t going to write about this. I’m still not sure that I should. Mostly because I want to respect my ex’s privacy, and it feels a bit like airing out my dirty laundry – to write a public blog post about it (our relationship and breakup).

However I have set out to be authentic and real with you all, and the reality is that the failure of Eric and I’s relationship this year was (and still is) immensely heartbreaking. It has played such a huge role in my burnout, my depression, my self-blame, my surrendering and ultimately my (still ongoing) transformation. So it feels like it would be ignoring the elephant in the room, to not blog about this part of my life.

I apologize, Eric, if you are one day reading this, and feel as though I am sharing too much about our private life. Our relationship, though, was too important for me not to share.

Eric and I met in grade 7. We were in the same home room and shared a group of friends. I left that school the following year, and we never kept in touch. However when Facebook came out, a few years later, we befriended eachother on social media. He had grown up to be super handsome, he was extremely fit and hunky, he was always sharing funny memes and he just radiated positive energy. Inevitably, I developed a massive crush on him (from behind the safety of my phone’s screen, because such a perfect guy could never possibly be interested in a girl like me).

I went for a coffee date with a guy from grade 7 some time later, and I casually (or so I thought) asked how Eric was doing. It came out years later, after Eric and I started dating, that I hadn’t been super smooth about it and his friend had picked up on my obvious interest in Eric. Oops.

Alas, I continued to admire from afar.

In the summer of 2014, I gathered up the courage to message him on Facebook. In a feeble attempt to connect, I asked him about his Spartan races. Eric, being the humble man that he is, didn’t realize that I had been attempting to make myself noticed.

And again, I continued to admire from afar.

Until the spring of 2016, when I was prepping for my bodybuilding competition. I was posting progress pictures quite regularly on social media, and that finally got Eric’s attention (yes!). I gushed everytime he “liked” a picture. We engaged in small banter about my deadlifts on a video I posted post bikini comp. And finally, in July 2016, Eric messaged me on Facebook and we started talking.

We went on our first date the following day, and hit it off immediately. I still clearly remember flirting at the arcade of the movie theatre, how he helped fix my necklace that broke during our date, and the way he swooped me into our first kiss. It was a fairy tale.

I moved to Kingston exactly 3 weeks after our first date – and Eric was there with my family to help me move in. He even spent my first weekend in Kingston with me. He supported me through this tough transition. He listened and comforted me on the phone numerous times as I experienced panicked feelings about school.

He drove down to Kingston almost every weekend to hang out and keep me company. He cheered me on as I struggled. He was amazing. He was my freaking rock.

I don’t know when it happened, but at some point my anxiety and overwhelm started affecting me to the point where I started being absent in our relationship. Essentially, this took a toll on our relationship, and it just couldn’t withstand it.

The next part of this blog is going to be ugly; be warned. I am aiming to be brutally transparent about my version of events. Because if this can help anyone of you reading this, it would really mean the world to me.

Ultimately, I think that what drove Eric and I apart was my struggles with my mental health, and my inability to truly face my reality.

That may seem dramatic and unfair, but I believe it to be the truth.

Eric was so graceful throughout it all, although not perfect (he is human, after all). He trusted me with his heart and did the best that he could to support me. However I wasn’t ready to surrender to the fact that I was my own worst enemy when it came to all the challenges in my life.

I realize now that I was too proud to admit that I really needed help. I say that with compassion towards myself, knowing that I did the best I could at the time. In my head, for whatever reason, admitting that I needed help was equal to admitting that I was broken and unable. I felt victimized. So I put up walls and put on my armer to protect myself.

Ultimately, those walls and that armer are probably what drove Eric and I apart. I wasn’t truly present for him, when he needed me most. I wasn’t able to truly listen, when he needed to talk. I couldn’t humble myself enough to see how my actions or words hurt him. I couldn’t see that he was perfect, just the way he was, and that all the things I picked apart about him, were actually the things I hated about myself.

So in April of this year, a few days after coming back from our two-week trip in Costa Rica, I announced to Eric that I just couldn’t do it anymore. I remember so clearly the moment, as I sat on the couch, when he took one of our chairs and placed it facing me, plopped down on it and said: okay, let’s talk it out.

But I wasn’t. I couldn’t. My mental health was in such a state that I just couldn’t understand why I felt the way I felt. All I knew is that I was unhappy, and I was hurting him.

So I waved the white flag.

I won’t go into details about the following hours and days because they were really intense, for the both of us, and I want to respect that time when we both grieved the loss of our relationship. It was really difficult.

It has taken me three months of talking, thinking, meditating, journaling and therapy to be able to understand (as explained above) why things fell apart. And the role I played in all of it.

Last night, Eric was graceful enough to allow me time and a safe space to share my realizations, and to sincerely apologize.

We openly talked about how our relationship fell apart, and the role we each played in it. It was the first calm, truly honest and sincerely loving conversation we have had in a fairly long time.

I see now that I hurt him and broke his trust beyond repair, and that he can never go back to that place with me. In his eyes, he realized that we were not compatible and simply valued different things.

Either way, it’s now time to officially bury the thought of a future with him, and to turn the metaphorical page.

Eric had the most wonderful things to say (as he always did): he talked about how proud he was (and I also should be) about the progress I have made in taking care of myself; he recognizes that I did the best I could; he said that he truly cherished our time together, that he remembered the good times, but also the bad times; and he said that he felt, for the first time in a long time, like the true Michèle that he first fell in love with, was starting to come back.

He encouraged me to take this difficult time to grow, and use it at a catalyst for beautiful change. And he wished for me, that I could take the things I have learned in the failure of our relationship, to help build a new, strong and loving relationship with someone else down the road.

That was hard to hear. As beautiful and loving as it is, it is still hard to know, without a doubt, that our time together is over.

I think that the true grieving for me starts now, now that I understand and appreciate why our relationship fell apart, and why we cant rebuild it. It’s a tough thing, but it’s also a necessary thing.

In the end, just like Eric, I can look back and truly appreciate our time together, the good and the bad. Despite the challenging times, we also shared some amazing times together and helped each other through some big life events. We shared so many laughs and beautiful moments, but we also shared tears and hurtful moments. I am grateful for all of it.

Although this wasn’t the fairy tale ending I was hoping for, there is truly a beautiful silver lining. 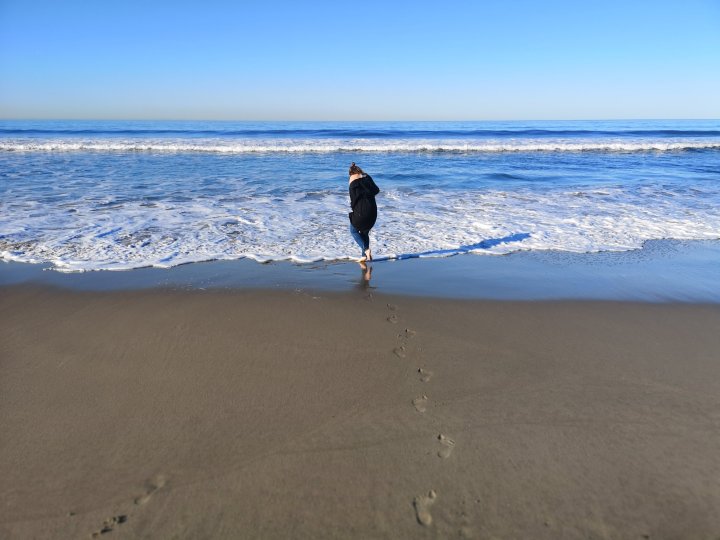 2 thoughts on “The Breakup”

Welcome to my personal blog =)